Team Ontario for Under 17 Challenge Announced 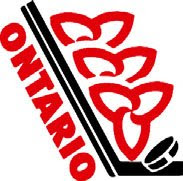 Hockey Canada unveiled the roster for Team Ontario that will compete at the 2010 World Under 17 Hockey Challenge in Timmins, Ontario. The 22 man roster has 20 Ontario Hockey League players on it. The two that don't currently play in the OHL are forward Lucas Lessio and goaltender Chris Festarini. Both of their rights are held by OHL teams; Lessio with Oshawa and Festarini with Erie.

Below you can find the full roster. Link to Hockey Canada is here.

Team Ontario is going for a third straight gold medal at the event. The tournament runs from December 28 to January 4.
Posted by Brock Otten at 2:46 PM